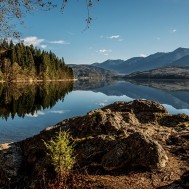 Here we discusses the challenge of the increasing presence of micropollutants in industrial effluent and the technological advances being developed to address these challenges ….

Rapid technical advances, particularly in the oil and gas, pharmaceutical, agriculture, chemical and food and beverage sectors, mean an increasing number of new, complex compounds are present in industrial effluent.

These compounds are making their way into the environment and in some cases into drinking water. We are also seeing instances where separately discharged micropollutants are mixing in waterways to formulate new compounds, the effects of which may not be fully understood. This poses an unquantified threat to the environment and public health.

A sobering example of the detrimental effects micropollutants have on the environment and marine life was outlined in a recent study conducted at The Great Lakes, the largest body of freshwater on the planet.

It showed these massive natural bodies of water have become seriously polluted after 100 years of direct industrial discharge, and the proliferation of waste from numerous cities and settlements around their shores.

The research showed that, despite there now being 1,400 wastewater treatment facilities at the cities and factories in question, numerous trace pollutants are persisting treatment and entering the Great Lakes.  Worryingly, one such contaminant, the ubiquitous anti-depressant Prozac, has accumulated in significant quantities in the brains of the lakes’ fish.  Their behaviour is being seriously affected.

Sufficiently tranquilised fish, it seems, become placid and forget to feed, breed and avoid their predators.  The entire ecosystem is being disrupted.

Although a great deal of research is being done on the effects of waterborne pollutants on the human population’s health, much of this work is, as yet, largely inconclusive.

Fortunately, new technologies to combat these problems are also emerging, not least the process of oxidising trace levels of these compounds.  A piece of comparatively straightforward, low-maintenance apparatus can be bolted-on to conventional water treatment facilities to effectively remove many of these pervasive and potentially troublesome chemicals/compounds.

This Nyex™ technology which was developed in the UK by Arvia Technology, has been undergoing extensive testing with the following objectives;

•    To reduce the considerable cost to industry of wasting tainted but otherwise re-useable water supplies.

Comprehensive testing, conducted on behalf of a major UK water utility company, took place on site during a 12-month demonstration of the system at a 16,000 PE wastewater treatment facility. The trial was part of the EA/DEFRA (UK Government Department of the Environment, Food and Rural Affairs) sponsored CIP2 study.

The trial demonstrated just how effective oxidation can be. Destruction of micropollutants occurs when they are concentrated onto the surface of a carbon-based adsorbent media which is regenerated using a low electric current. More than 40 micropollutants were monitored, tracked and removed to within safe compliant levels using this treatment process.

All the compounds, including those detailed below, were substantially removed to below ‘Water Framework Directive’ guidelines:

(TBT) is an umbrella term for a class of organotin compounds which contain the (C4H9)3Sn group, with a prominent example being tributyltin oxide. For 40 years TBT was used as a biocide in anti-fouling paint, commonly known as bottom paint, applied to the hulls of ocean going vessels to prevent the accretion of barnacles and other crustaceans.

An orally bio-active synthetic estrogen, used as an oral contraceptive. Research is being undertaken to establish the effects of consuming even very small quantities of this compound in general water supplies.

A medication used widely to relieve pain, swelling (inflammation), and joint stiffness caused by arthritis and other conditions. This medication is a non-steroidal anti-inflammatory drug (NSAID) and has a variety of well-documented side effects.

A polycyclic aromatic hydrocarbon, and the result of incomplete combustion of organic matter at temperatures between 300 °C (572 °F) and 600 °C (1,112 °F). This ubiquitous compound can be found in coal tar, tobacco smoke and many foods, especially grilled or scorched (barbequed) meats. The toxicity of these substances is well-researched and their carcinogenic properties are documented.

An ingredient added to toothpastes and other consumer products intended to reduce or prevent bacterial contamination. It is added to some antibacterial soaps, body washes and some cosmetics.  Although approved, with certain restrictions, by the FDA in the USA the debate continues about its known side effects and risks as opposed to perceived benefits.

An everyday painkiller for a range of aches and pains, including back pain, period pain, toothache, strains and sprains, and pain from arthritis.  Again, research continues to examine the side effects and health risks of prolonged inadvertent exposure.

Turning the Tide Against Water Pollution

The final stage of water treatment, when only trace levels of pollutants reside in waste water, has always been challenging. In traditional treatment processes including GAC and advanced oxidation processes such as Ozone and Fentons, heavy doses of chemicals have been used to eradicate trace level micropollutants. The high cost of doing so, and the creation of hazardous sludge which must then be transported and incinerated, has created a demand for economical and environmentally-friendly solutions.

Adsorption, combined with electrochemical oxidation provides an alternative solution that treats water without the need to use chemicals. As it is a treatment process which targets the pollutants, rather than the whole body of water, it is also much more energy efficient, and therefore
cost-effective.

These solutions are being increasingly adopted in industry, driven by the need to comply with stringent regulations and the desire to keep costs to a minimum. Given the concerning nature of the growing number of micropollutants in the world’s waterways, it’s clear that action needs to be taken.

New innovation in water treatment is giving industry the tools it needs to make sure that happens.