Why any company that discharges water needs to be ready to be put under the microscope.

In the 1970s, the Nobel prize-winning economist Milton Freidman declared that it was the ’social responsibility of a business … to increase its profits.’

How things have changed.  Or to put it more accurately, how the meaning of things has changed.

Although boosting the bottom line is still the ultimate motive, many companies are now advised to obscure their quest for profit with cuddly phraseology and an obfuscating ‘mission statement’, to soften their profile and (in theory) make them more appealing to environmentally or politically aware investors.

The rise of CSR

Suddenly many companies don’t appear to be as interested in increasing turnover and profit as they used to be. Now, their aspirations appear to be about ‘helping people in business’, ‘protecting those we love’ or even ‘achieving greatness in (insert industry here)’. These toe-curling descriptors have become the most visible manifestation of the phenomenon that is Corporate and Social Responsibility.

It could be argued that the mere fact that any company thinks (or more likely is told) it needs CSR is a tacit admission that what they used to be was irresponsible – perhaps towards their staff, their clients or even the environment. Who knows?  Essentially, this implied guilt may be the motivation for much CSR activity, which itself has some interesting parallels with other current social movements. 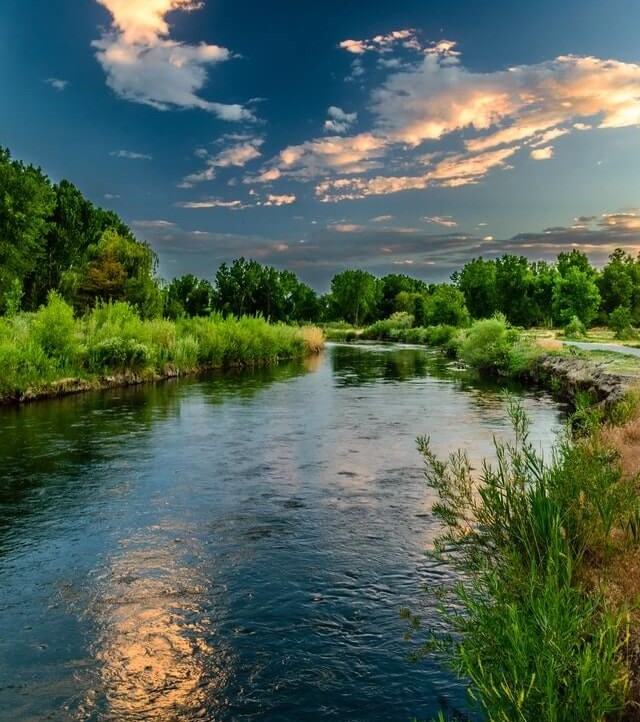 CSR and the environment

One of the main drivers of companies’ CSR efforts is the environment. After all, unlike other potentially contentious areas, there are very few people who will argue that we need to do less for it.

Originally, the accepted wisdom was that the more an organisation spent on environmental initiatives, the greater the benefit would be at the ticker because eco-conscious investors would support this by buying and holding the stock.

The implication is obvious: The investors shunned the ‘toxic’ companies as they were accidents waiting to happen, whilst they considered the ‘green’ companies to be profligate tree huggers. Only the companies that hit the sweet spot between going green and greenbacks got their investment.

The trick is knowing where that sweet spot is. And to return to Milton Friedman once more, writing in ‘There’s no such thing as a free lunch’, he states: ‘Even the most ardent environmentalist doesn’t really want to stop pollution. If he thinks about it, and doesn’t just talk about it, he wants to have the right amount of pollution. We can’t really afford to eliminate it – not without abandoning all the benefits of technology that we not only enjoy but on which we depend.’

Although written 50 years ago and even with the benefit of hindsight, this is still basically true today, even though public opinion and most of the parameters on which he’ll have based his opinion have changed immeasurably.

Therefore, getting the balance right between being too ‘toxic’ and too ‘green’ is where any company concerned with chemical-based manufacturing processes needs to be, so it can present itself as a socially responsible organisation and to reap the benefits of eco-conscious investing.

At Arvia we are in the environmental water treatment business, and we see first-hand how natural and human-created environmental issues affect our clients and the businesses they run. Water is the lifeblood of many industries and what happens to it after it has done its job is becoming more concerning to environmentalists. Alongside airborne emissions and toxic waste, we believe this to be one of the main areas of concern that pro-active investors will have in future.

The critical eye of the green investor has already passed over many larger companies manufacturing pharmaceuticals and products that use a lot of recalcitrant compounds in their processes.   Companies that embraced environmental issues without going over the top have, in the main, been rewarded by more realistic and more stable stock prices.

Factors that may influence investors

Consider the publicity around AMR (anti-microbial resistance) in pharma. Admittedly in this case there is an element of self-interest, but rather than just taking rear-guard action, the industry has banded together to present a concerted front to tackle the issues head on – and told us all about it at every stage.

A few other factors that will become more critical in future are the scarcity of fresh water (already a major issue in parts of the Mediterranean, Africa and Asia) together with increasing costs for the discharge of wastewater and the growing possibility of ZLD (zero loss discharge) in many processes. We understand that manufacturers need flexibility to scale production to match demand; often wastewater permits are not flexible enough to allow this. ZLD can offer a solution in an increasing number of industries, as the cost/benefits are starting to swing towards re-use. 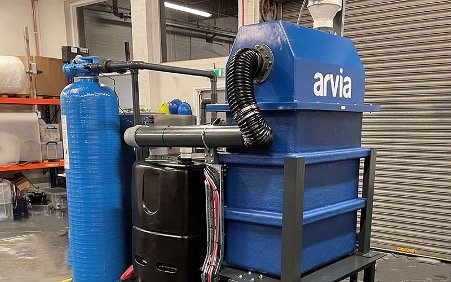 Arvia in the future

Our expectation is that soon any publicly listed company that uses large volumes of water will be increasingly under scrutiny from eco-savvy investors and therefore it makes sense to examine the possibilities of additional water treatment with a goal of reducing water use and wastewater discharges – as this all makes for good CSR and financial sense.

At Arvia we offer a range of water polishing treatments that can remove a vast array of organic chemicals and even residual colour from wastewater.  Our unique, patented Nyex™ treatment systems can be used to treat wastewater up and downstream from biological processes, pre and post reverse osmosis (to treat the RO reject stream) and in combination with ion exchange systems.

Depending on the application, Nyex™ systems can also work in parallel or in place of legacy systems like activated carbon filtration, reducing downtime and the associated environmentally harmful processes its manufacture and reprocessing involves.

A scalable solution for your industry

Each application is different and our flexible and scalable Nyex™ reactors can be configured to remove a large variety of recalcitrant compounds down to below measurable levels, yet due to their small size, minimal maintenance and low energy demands, can be retro-fitted into many existing plants.

With a growing number of companies seeing far more actively intrusive corporate investors as well as individual issue-driven shareholders, the business environment continues to evolve. We believe that tertiary water polishing and the benefits it brings will become increasingly cost-effective – not only in terms of discharge permits and the growing possibilities of ZLD – but to render a positive impact on any company’s CSR, potentially leading to the financial benefits this will deliver.

For more information about Avia’s range of water treatment systems or to talk to an expert who will understand your company’s unique issues with wastewater, contact us today.