If you have a problem with pesticides in groundwater and need treatment of agrochemical wastewater, this article explains the issues and discusses the options. For safe removal of legacy agrochems from groundwater to ppt levels, read on.

Use of Pesticides and Fertilisers in farming today

Modern farming (actually even organic farming) is based around the controlled use of pesticides and herbicides. For instance, in the EU there are currently 490 substances approved for use as pesticides alone, with 28 of these approved for organic use.

Organic farmers generally only use herbicides and pesticides as a last line of defence, and these will normally be concentrated forms of naturally occurring substances that when concentrated can be used as pesticides.

But for the rest of the farming industry, herbicides, pesticides and fertilisers are a factored-in part of the equation to ensure the arable land they manage is as efficient as possible in terms of yield.

It’s been like this for many years and on the whole, what are essentially pragmatic regulations have seen to it that ineffective or harmful chemicals are withdrawn and new products are sufficiently trialled before approval. 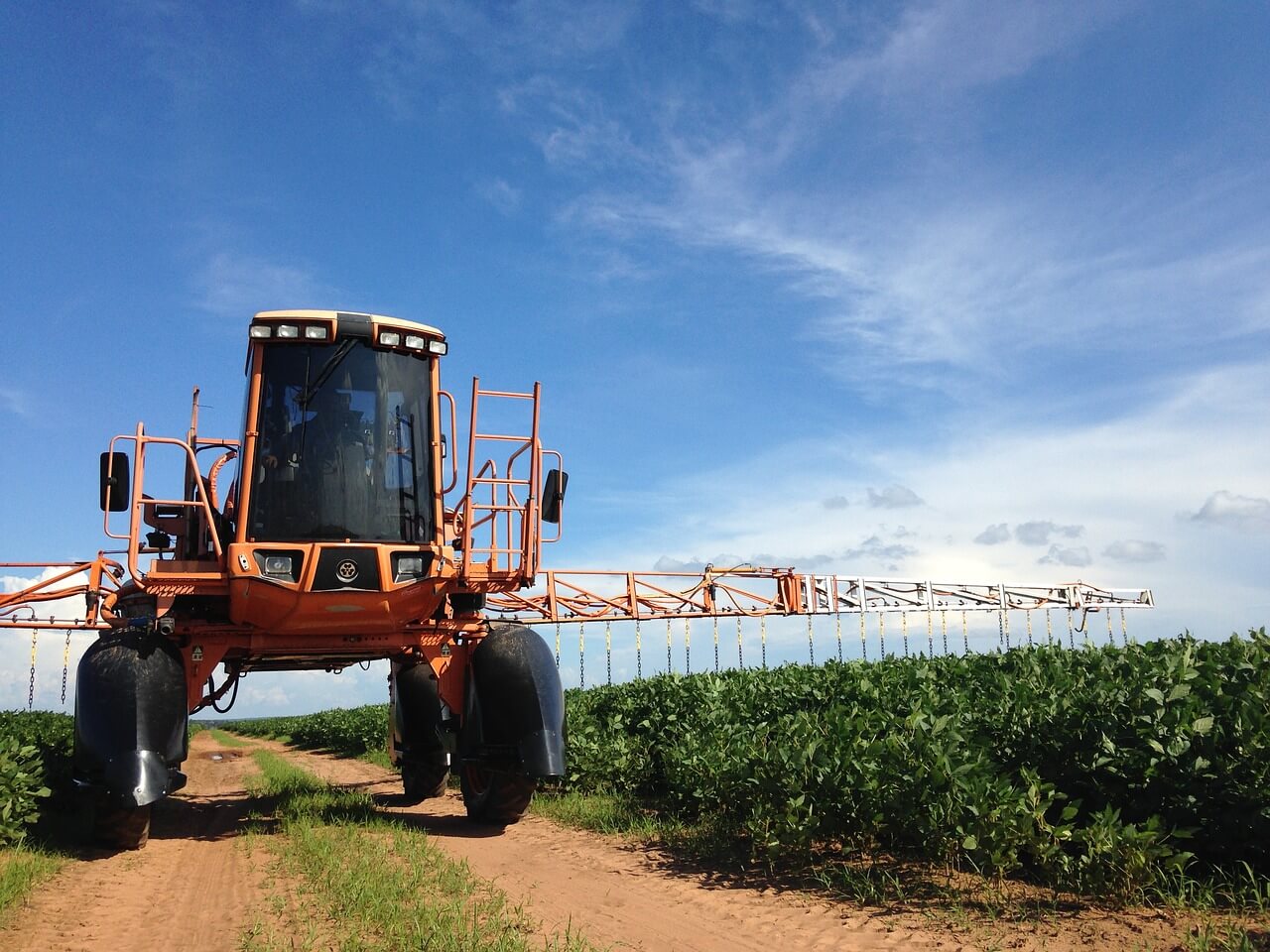 It hasn’t always been like that; decades after many ‘wonder-products’ from the past (that in retrospect turned out to be harmful or had unintended side-effects) were enthusiastically broadcast over the fields. Many nearby watercourses are slowly being polluted by residue from these non-biodegradable agrochemicals. And by the nature of how they get into the water, this will continue for many decades.

The legacy products in question (all now banned or restricted in use) included many types of herbicides and pesticides – essentially any compound that contained organics. This article discusses some of the ways harmful residue from legacy products can be safely and effectively removed from water using Arvia’s unique, patented Nyex™ technology.

The active ingredients in many legacy herbicides and pesticides were intended to modify the physiology of the infestation they were designed to control. As a result, they are not naturally biodegradable and so can stay in the ground for many years. Through infiltration, they eventually appear as pesticides in groundwater and in the leachate (the water from rainfall that percolates through the soil, gradually and slowly leaching out the organics as it does so.)

Actively managed fields will inevitably aid this gradual run-off and in time the unwanted recalcitrant compounds will find their way into larger water courses and thence rivers. It’s important this is minimised, as the problem of pollution with these recalcitrant compounds becomes a far larger one when it’s spread further and starts to affect marine life.

The problem of removing agrochemicals from water

Conventional removal techniques like physical filtration, chemical dosing or radiation (like ultraviolet/ozone) are quite often ineffective when dealing with organics of this type; these conventional COD-improving methods – used to reduce the concentrations of other unwanted chemicals in wastewater –  normally require assistance using advanced tertiary treatment technologies.

Until the introduction of Arvia’s Nyex™ technology, removal of recalcitrant organic compounds from wastewater to below measurable levels was challenging.

1. The problem with activated carbon

GAC (granular activated carbon) is one well-known method of effectively treating wastewater to remove organics, but it has several disadvantages:

First, although GAC offers a massive surface area onto which the organics can be adsorbed, it will lose its effectiveness in time as the carbon will become saturated and will need to be replenished. Just how quickly that needs to happen depends on water throughflow and the type of organic compound being targeted. In many cases, the spent GAC material cannot be recycled so it has to be incinerated. Either way, this impacts on a company’s carbon footprint.

Second, all activated carbon systems need regular maintenance and must have their throughput carefully controlled otherwise they can suffer from over-limit outputs potentially leading to higher discharge fees or even prosecutions. This can often be attributed to ‘channelling’ – water finding the path of least resistance through a filtration system and not enough organics being adsorbed as a result.

Last, the constant renewal and replacement of activated carbon filters can be disruptive to a production process and is expensive, both in terms of OpEx and carbon footprint.

Another technique that has been tried is electrochemical oxidation. This uses electricity to generate OH hydroxyl radicals; these then oxidise the recalcitrant compounds. This technique offers quite good removal rates but use large amounts of electricity whilst doing so – again negatively effecting a company’s carbon footprint (as well as bottom line.)
Additionally, most oxidation-only systems are not particularly efficient at removing trace contaminants as is often the case with pesticides in groundwater.

3. Ozone for agrochemical removal from water

Finally, ozone-based oxidisation systems can be quite effective but often require large amounts of power to create the ozone and there’s always the inherent risk of escapes – ozone is caustic and causes breathing difficulties.
In our research we’ve also found that ozone systems achieve on average 70-80% removal of organics in the parts per trillion region but our new Nyex Rosalox™ systems can achieve much higher – and normally at a lower cost. 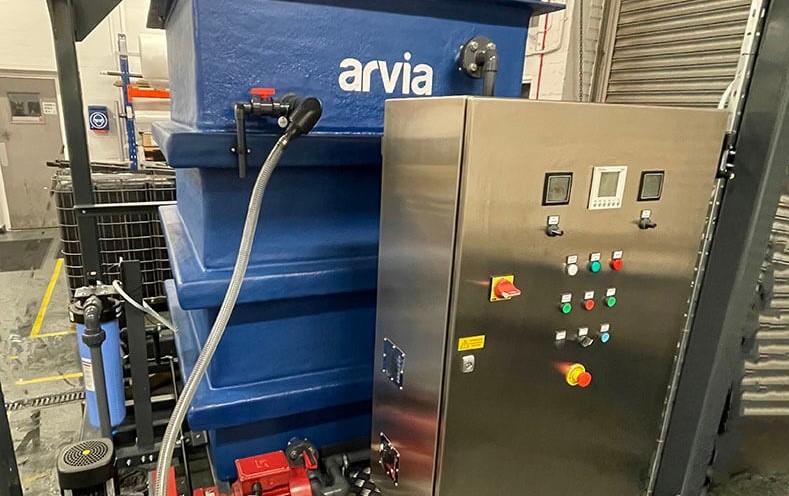 The revolutionary Nyex Rosalox™ system from Arvia Technologies merges the most effective elements of adsorption and oxidation to create a unique new patented water treatment system that is efficient, effective and energy-conscious – all at the same time.

Either as a standalone plant or in parallel with legacy installations, an Avia Nyex Rosalox™ reactor system can effectively treat water carrying high levels of recalcitrant compounds and in many cases reduce these to below detectable levels – literally, parts per trillion – far more effectively than any equivalent system.

Nyex Rosalox is a self contained unit whereby our unique conductive Nyex™ media adsorbs organics onto its massive surface area. Then electrochemistry is used to target and then oxidise the contaminant

Unlike GAC systems, the unique Nyex™ medium doesn’t need recharging. Most of our installed reactors only require a 1 or 2 per cent top-up annually and draw considerably less power than equivalent electrochemical systems.  This makes Nyex™ suitable for many remote municipal and local water treatment facilities, where groundwater run-off has been shown to have worryingly high agrochemical levels due to the historical use of now-banned pesticides and insecticides nearby. It also means that unlike conventional GAC systems, our reactors do not need to be taken off-line to replenish the media.

Why use Nyex™ in remote municipal treatment facilities?

If you have a problem with recalcitrant organics like agrochemicals in remote locations, our Nyex Rosalox™ systems offer many advantages over competing water treatments:

Combination of adsorption and oxidation technologies means reduced energy use.

The electric current applied also acts to regenerate the surface of our Nyex™ media, meaning minimal replenishment is needed – normally only 1 – 2% p.a.

With no moving parts and simple operation, can be operated remotely.

No chemical dosing to manage.

No sludge to deal with as all pollutants are converted to water and gas, which is vented.

Compared to other technologies, a Nyex™-based system will last longer and have lower OpEx costs than most other legacy systems.

In one recent trial, Arvia tested water from a raw water reservoir on the island of Jersey. For many years, one of the island’s mainstays of agriculture has been the production of Jersey New Potatoes.

Historically, Oxadixyl had been used locally to control potato blight, but it stopped being applied about 20 years ago.

For more info on another recent case study in agriculture, check this page out. 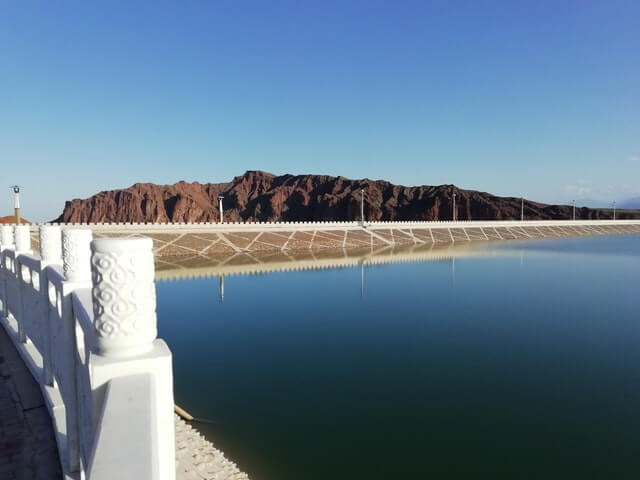 As world population increases, intensive farming will become commonplace in many areas of agriculture.
So the issue of treating leachate that’s been adversely affected by legacy chemicals will be joined by the requirement to effectively treat run-off water from new farming systems – often in towns and cities as well as in the countryside.

Vertical and hydroponic agriculture (to name but two new methods) each have their own requirements for water treatment, something that Arvia is working on currently.
Add to that the increasing scarcity of water itself with many industrial users of water aiming for a ZLD (zero liquid discharge) in future. This means that water should be re-used several times and treated after each pass. The requirement to effectively treat water in an environmentally-responsible way has never been greater.

We believe that only Arvia Technology’s new Nyex Rosalox™ systems can offer the complete solution for the removal of many hard-to-treat chemicals and compounds – especially when dealing with legacy agrochemicals.
So to schedule a call or meeting with an engineer who’ll really understand your organisation’s particular water issues, contact us today.

If you’d like to find out more about how Arvia’s systems can help future-proof your wastewater treatment and be ahead of the regulators, book a call with an engineer who understands the science. Please call or email us today. 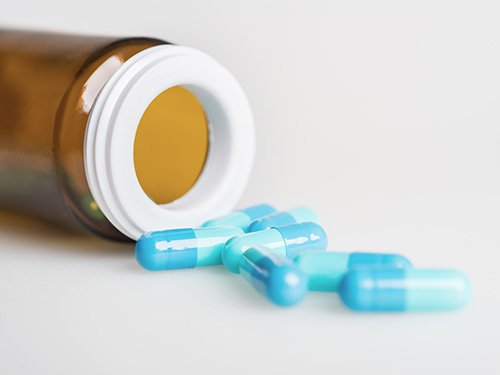