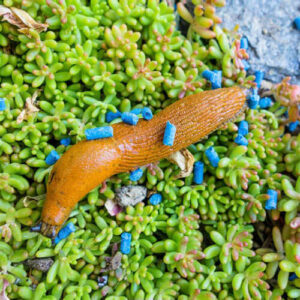 Tackling herbicide and pesticide contamination is vital for a healthy environment and secure food and water supplies.

Last month Irish Water announced that exceedances in agricultural chemicals had been detected in drinking water sources across the country and urged farmers to follow storage and handling guidelines when applying these substances to their lands. In this instance MCPA, a widely-used phenoxy herbicide commonly used to kill rushes on wet land, was the main offender.

Luckily there was no threat to public health but in Ireland, 82% of drinking water supplies come from surface water sources, which are particularly vulnerable to contamination from land run-off. Poor management of herbicides and pesticides means residues can and do end up in drinking water, leading to breaches of EU regulations. Horticulture, gardening and agrochemical manufacture also pose a risk to the environment and water sources.

Pesticides are among a wide range of ‘emerging contaminants’, which are being more widely identified in water sources due to improved analytical techniques. Many of these previously undetected micropollutants comprise relatively small polar molecules which are not effectively removed by conventional drinking water treatment.

As Irish Water has demonstrated, contaminants can now be identified even at trace levels in water bodies. The company says a single drop of pesticide can breach the drinking water limit in a small stream for up to 30 kilometres. This clearly highlights the potential risk facing many water sources and utilities supplying drinking water, but better news is on the horizon.

Arvia has developed a patented process – Nyex – to provide targeted removal of pesticides and other micropollutants in water treatment plants, bringing flows into safe regulatory compliance. We have already demonstrated removal results for micropollutants listed in the EU Water Framework Directive including metaldehyde, which is used in slug pellets, to below 0.1 µg/L regulatory limit.

The flexibility of Arvia’s packaged Nyex system means it can be scaled-up to suit treatment requirements and can be used in a range of drinking water and wastewater applications. For example, the containerised units can be sited at a pesticide manufacturing plant to capture residues before they are released within effluent discharged to surface water.

Nyex’s combined adsorption and electrochemical oxidation system can also be added to the process train of a municipal wastewater treatment works to carry out a tertiary stage prior to discharge to the environment. Installed within a drinking water plant where pesticide contamination is a risk, Nyex can ensure supplies meet regulatory standards before entering the network and residential supplies.

Many of the world’s aquatic ecosystems are already vulnerable to agrochemical pollution caused by intensive food production. Improving water quality and removing micropollutants is vital to healthy populations and supporting that same food supply and Nyex now makes it entirely possible. 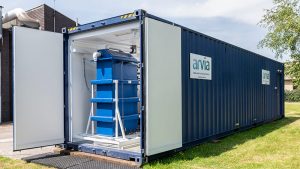