Salmon is one of the UK’s largest food exports. And like most other food-producing businesses it’s suffered badly from Covid, Brexit and is now facing severe energy cost challenges and the real risk of an impending world-wide recession.

Salmon farming ranks second only to whiskey production in terms of major Scottish exports, and is therefore a key industry. Predominantly off-shore, the industry was established in the 1970s and is renowned for its high-quality product.

As on-shore farming becomes increasingly regulated and many of the stock treatments used in the past have either become unsustainably expensive or are banned, producers are becoming increasingly concerned about sustaining profitable installations. 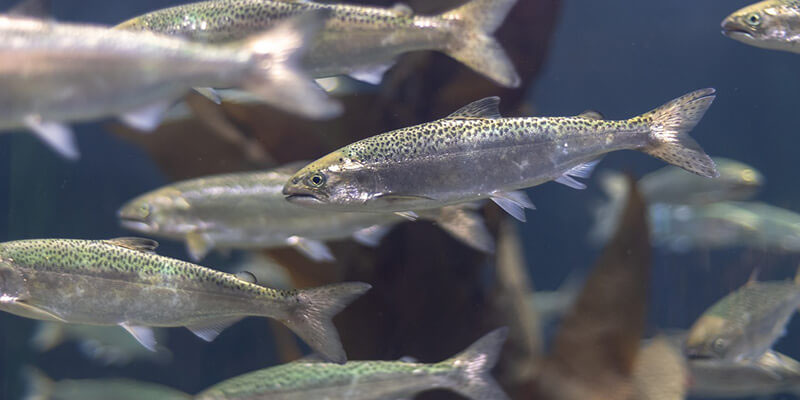 In off-shore fish farms, stocks are raised in large cages suspended in the sea until they are a suitable size for sale. The theory is that faeces and uneaten food as well as chemicals and APIs used to treat fish sink through the cages and are dispersed by tidal action.

Although this may have been the case 50 years ago when salmon farming first started in Scotland, the current situation is that with so many fish farms along the Scottish coast, concerning levels of pollution can occur.

This has led to aquaculture being blamed for not only the pollution that some careless producers are responsible for, but all manner of other woes as well. 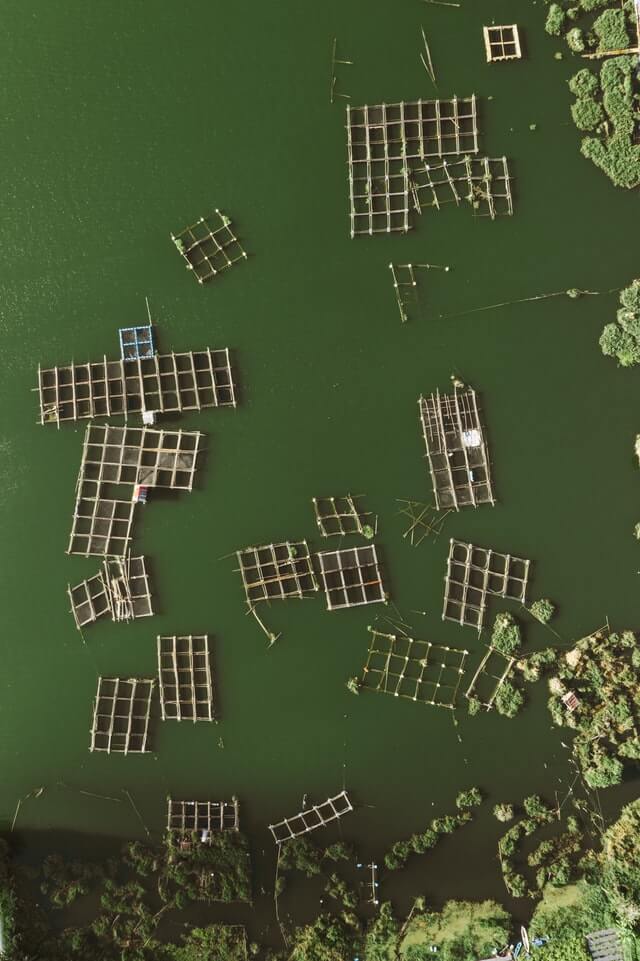 Sea lice do not affect humans – but occur naturally in the wild. Two recent scientific surveys have shown that a small percentage (around 1%) of wild Atlantic salmon will die from sea lice infestation annually.

However, captivity – even in pens where the water may be constantly being refreshed – brings with it a greatly increased risk of infestation – potentially leading to massive stock losses as infestations can be fatal if untreated quickly.

Aquaculture companies use a variety of methods to treat sea lice but one of the most successful involves removing stocks from pens and immersing them in pesticide at a fairly high concentration for a short length of time. The fish are then returned to the opens whilst the ‘wash water’ is disposed of – as it cannot be flushed to the ocean, due to environmental regulations.

Currently most wash-water created as a by-product of sea-lice control has to be removed from barges into holding tanks and then sent for incineration. This is because most fish producers do not have the land-based infrastructure to treat this highly-polluted water. Often it ends up being trucked many hundreds of kilometres to an incineration plant – far from ideal for a company’s carbon footprint – or their CSR!

As an alternative, Arvia’s water-polishing systems can actually treat this highly polluted water – either in situ on the service barge or on land, making it possible to recycle the water back to the ocean or to be used again in sea-lice control or other operations.

Arvia’s Rosalox™ systems use a unique combination of adsorption and oxidation and can remove many recalcitrant compounds down to parts per trillion levels.

We have tested our systems with pesticides and antibiotics extensively used for sea lice control in Scottish salmon farms – and gained some impressive results.

Additionally, Arvia’s unique water polishing systems are robust and compact and follow a modular design ethos, allowing them to be installed on barges or tenders or in larger arrays, in shore-based facilities.

Sea lice are not the only issues faced by farmed salmon in off-shore pens. They also include CMS (cardiomyopathy syndrome), Pasteurella skyensis, PD (pancreas disease) and algal bloom.

In many cases, pesticides and/or insecticides are also used and Arvia’s sytems are just as suited to treating water water from these processes.

It’s critical to reduce the risk of AMR (anti-microbial resistance) in fish stocks so that treatments are effective and long-lasting.

Pound for pound, or more accurately Kg for Kg, the future of aquaculture – more specifically pisciculture – seems bright. According to the United Nations, global aquaculture production has increased by 228% since 2018 and the value of the sector has grown by 492% since 1995.

But with fish escapes and the issues with inter-breeding of caged salmon with wild species diluting the gene pool as well as the ongoing fight against diseases and infestation discussed above, it would seem likely that a greater proportion of new pisciculture facilities may well be onshore as it allows producers to: 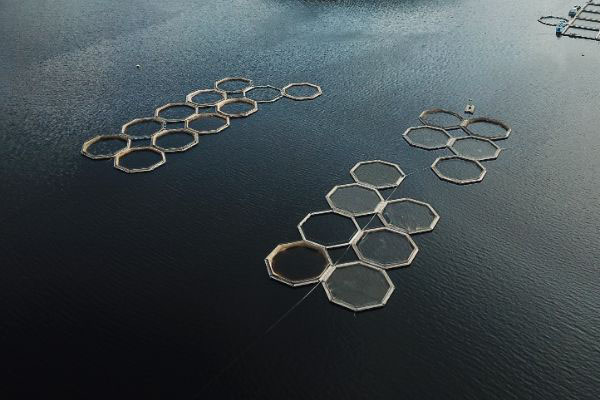 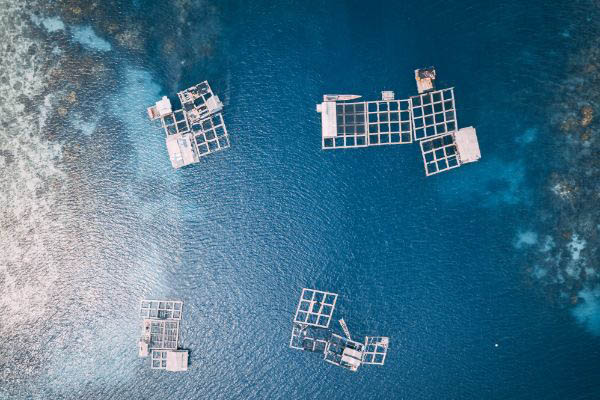 In fact, the EU’s own pillars for sustainable fish farming are:

Whereas many off-shore facilities struggle to meet these requirements, even allowing for the additional cap-ex and the inevitable embodied carbon and cap-ex of a new-build onshore facility, RAS (Recirculating Aquaculture Systems) seems to point the way forward.

Whilst historically, RAS was only for high value stocks, smolt or sport fish, recent innovations are opening up the viability of this type of installation.

As noted above, an RAS system recirculates all its water. Historically, problems have arisen with de-nitrification and off-flavouring (caused by geosmin and 2-methylisoborneol – metabolites released by microbes that grow within on-shore systems and give the fish an unpleasant flavour).

Additionally, according to Norwegian SciTech News, major stock losses are not unknown – smolt are sensitive to poor water quality. In the worst cases, many thousands can die relatively suddenly.

However, both these issues can be addressed by using Arvia’s patented water polishing systems. As part of a comprehensive water treatment chain, metabolites as well as many other pollutants, APIs and other toxins can be reliably removed down to concentrations of parts per billion. For a complete list of pollutants that can be treated by Arvia’s systems see this page. 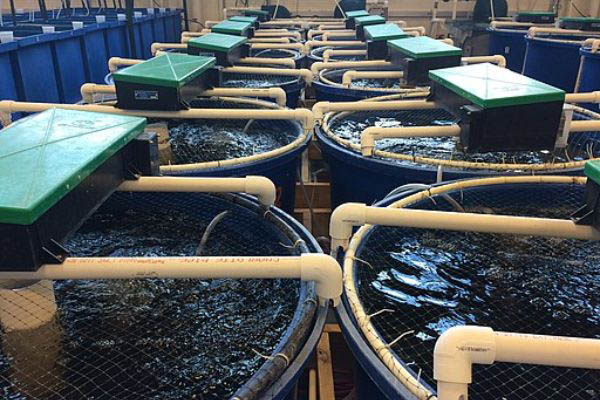 In the light of recent energy price hikes and worldwide talk of a recession, figures released earlier in 2022 for continued growth in the farmed salmon market in Scotland are now looking rather optimistic.

However, Scotland has always had a premium position in the market, and this is most definitely the way to go to retain market share and margin. Whilst going organic may not be right for some, a push upmarket with increased environmental credentials will hurt very few.

We suspect that many consumers will become increasingly choosy about what they buy and the companies they buy from. Helping companies become more carbon neutral is where Arvia can play its part and we welcome enquiries from Scottish aquaculture companies.

The team at Arvia are always looking for new treatment applications and are committed to developing our Nyex™ technologies in-line with the market’s needs.

Whether offshore or RAS, it’s ideal for inclusion in the treatment train in many aquaculture environments. We are already working with several organisations in this field worldwide, so have built up plenty of useful operational experience over the last few years.